October 12, 2021
This is my Halloween Boo Quilt. It was the result of a quilt guild block swap and I won these 6 blocks! I saw them as houses and I gave them roofs and fences and made a neighborhood of them. I quickly added those bats, a tree, the fencing and, of course, BOO!
Two of the blocks are from commercial patterns, so I couldn't exactly replicate them in my Etsy pattern, but here are a few that are:
And, yes, I have patterned the bats and cat and the BOO! And the tree, fence and star!
What about those bats? I have shared them a few times in the past. Here is a table topper I made several years ago. And, oooohhh! Those creepy spiders!
Let's see the appliqué patches before they were attached. They're just chilling on that piece of fabric.
And here is the quilting from the wrong side. 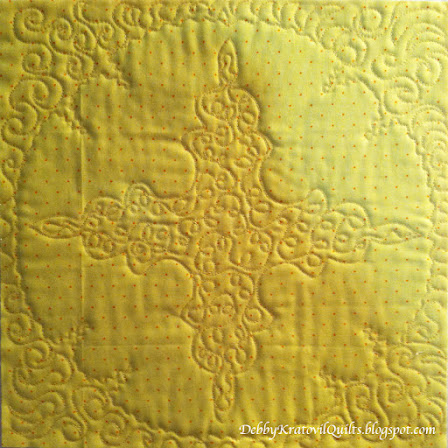 I used these images many times in my annual quilting calendars. Here's one from 2013 called "Spooky Nights." Bats. Pumpkins. Candy Corn. Ghosts. Spider Webs.
Pumpkins, Moons and Cats! More of these cats tomorrow. See you then.
Etsy Halloween